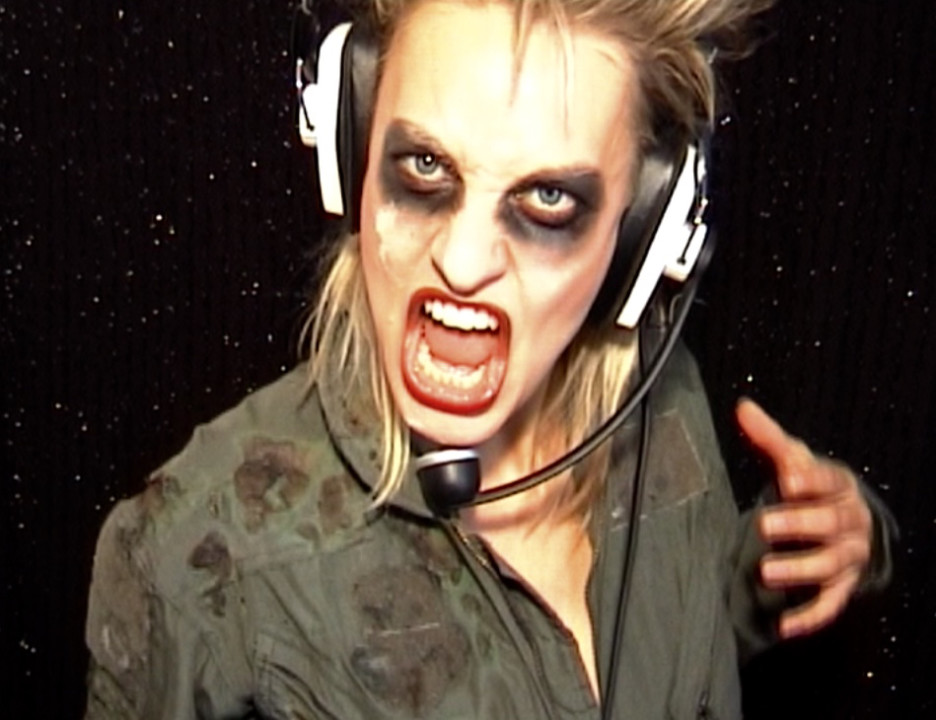 HK 119
HK 119 is a product created by Heidi Kilpelainen. She is the
art director, lyricist, composer, costume designer, stylist, set
designer. singer and performer behind HK 119. Heidi
Kilpelainen was born and grew up in Finland, where she got
into art, music and acting from an early age [female lead
Ursula dir. J. Pyhala 1985]. She came to London in 1987 and
joined the Foundation course at the former City of London
Polytechnic. Then, she went on to complete a BA at Central
St Martins. Previous projects include, for example, a sound
work entitled Hoovering Lover (Survival Gear), which was
Pick-of-the-Week in Radio 4's art programme in 1999. More
recently, HK 119 has been performing live at various venues
around London and abroad. Heidi Kilpelainen is currently on
an MA course at Central St Martins, graduating in
September 2004.
www.heidikilpelainen.com