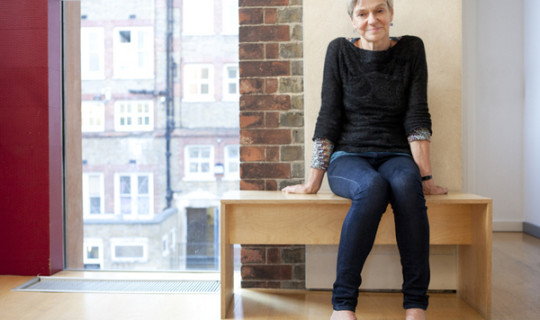 Join curators, artists, critics and other cultural practitioners on a tour through Bloomberg New Contemporaries 2011

In the Presence. Inspired by the work in the exhibition, each tour offers a unique perspective on emergent art practice and the state of cultural production in the UK today.

Charlotte Cotton - Thursday 1 December, 6.30pm
Charlotte Cotton is creative director of Media Space (a partnership between the National Media Museum and the Science Museum). She is the author of The Photograph as Contemporary Art and founder of Words Without Pictures.

Kim Noble - Thursday 8 December, 6.30pm
Kim Noble is one half of Perrier Award-winning, BAFTA-nominated experimental art-comedy duo Noble and Silver. His multidisciplined approach has led him to work across theatre, TV, film and art.

Siobhan Davies - Thursday 15 December, 6.30pm
Siobhan Davies is artistic director of Siobhan Davies Dance and Studios. She is one of the UK’s most influential and independent choreographers and dance artists.

João Penalva - Thursday 12 January, 6.30pm
João Penalva is an artist living and working in London since 1976. He represented Portugal in the XXIII Bienal Internacional de São Paulo, 1996, and in the XLIX Biennale di Venezia, 2001.

This event has now finished