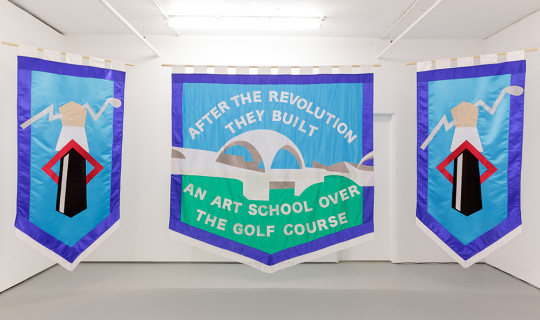 Chris Alton, After the Revolution They Built an Art School Over the Golf Course, 2017

Kirsty Ogg, Director, New Contemporaries says, “As access to arts education and the art world is constantly evolving, it is important that we find new ways to support emergent art practice. For this reason it has been crucial that our opportunities are offered to artists developing practice on alternative as well as formal learning programmes. For the first time New Contemporaries includes artists from non-degree awarding courses with this year’s exhibition promising to be playful and thought-provoking, yet underpinned by theoretical and critical debate.”

For more information about the selected artists and selectors see here.