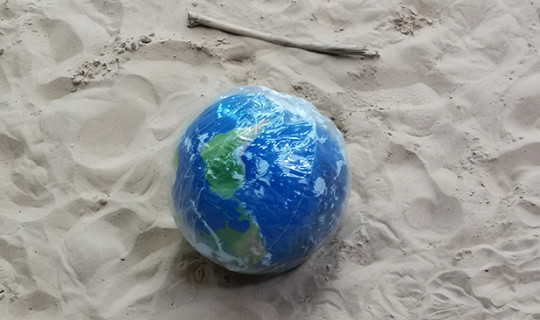 ‘Last autumn, looking through old family photographs, I discovered a fourth form of aphasia. Silver image deterioration, particularly in the trees, visual equivalent of unheard melodies...
...I have come to Venice to present my findings regarding the reflex reactions of servility and terror, to isolate them in the hands, producing vibrato’
-Ben Lerner, The Snows of Venice

It has been 4 months since I left the Biennale after taking part in the Venice steward-fellowship. I spent September working closely with Cathy Wilkes’s exhibition and the public as a steward in the British Pavilion, while also conducting my own research project.

Ultimately, my research became driven by how music and performance can oppose the increasing speed and intensification of artistic production and experience. I had the privilege of having a ‘slow’ experience with the Biennale and in my time there it became very apparent that in Venice there is not enough time.

With time, things tend to stand out. In November I was robbed at gunpoint and lost a large block of research. All I could recover were my notes and I have become quite attached to them since. Below is a selection of notes from across my month in Venice.

September 4th
Hymns
And devotional song
Singing with the radio like car-talk an explanation of me and what I like.

Bodies greater than our own,
Speak words.
It's very hard. To wait.
I had a good time. But I'm ready to go home.

September 7th
Owing from the inside,
Objects that glow from one side
When herring die they glow like glass.

The Biennale as a weather system
Water and glass
When you create water in 3d worlds you have to connect a glass shader to a plane.
Fabric in Venice and glass and churches expressed as a sound piece about apathy public space, glass and apathy. 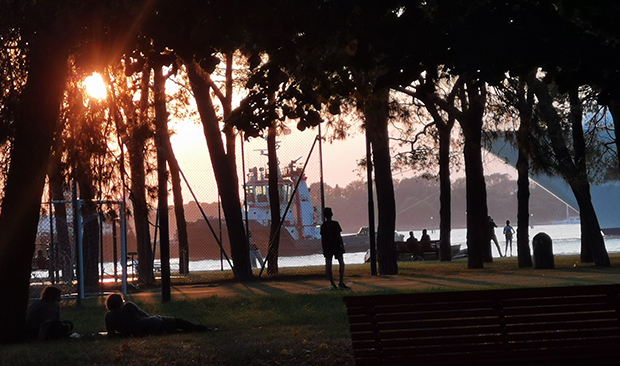 Hi TO
Capture sunlight and spend it on delight.
Artemisia vulgaris this plant is a stunner,
He does nothing - just do the same and you will do much better.
Bong weed creates oxygen.
They all produce power - sunlight into energy.

Here is another museum.
A place so dark,
Turning into a ghost.
Everything will be ok,
I am still here.
With you within you.
Because you will always need someone.

September 9th
This city is the laboratory of environmental issues and beautifully they represent it. 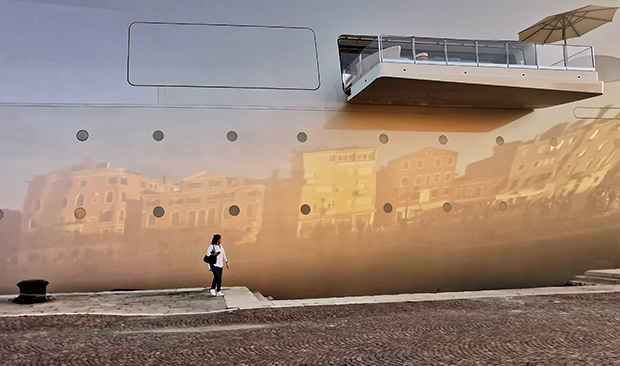 Flowers are not nature's love but a shocking thing, like the parrot and fire. But shock is not a mythology of violence. In truth it responds to an enlightened mentality.

In medieval churches there were paintings on the wall depicting the Earth on one side and paradise on the other side. There was always a very narrow bridge between the two and the fires of hell under it.

I use the space as a theatrical cavity, and here, if I have something to say, I say it.

The window is an idea the same way a door is an idea. Detaching from a show means lending a dimension to the show itself.

September 11th
Dreamt that my parent’s house is haunted; in the kitchen glass moves of its own accord.