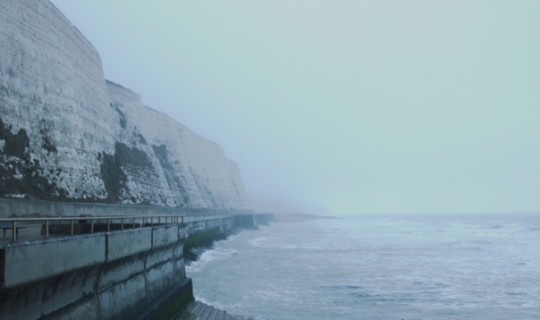 I’ve just finished reading a book (‘Working-through Collective Wounds; Trauma, Denial, Recognition in the Brazilian Uprising’) by Raluca Soreanu. My research follows, as always, a trans-disciplinary orientation and perspective, and like my filmmaking, is an attempt to make some sense of my lived experiences. I read continuously as a way to calm my post-traumatic sensibility. Soreanu articulates excellently with written language what I am blindly and audaciously reaching for with sound and moving images: finding pleasure in analogy and in seeking small acts of attunement, of rupture and repair.

Here follows a montage clash of some of her statements:

There’s “a new societal order”[1] forming - “a new psychic agency grounding a new libidinal economy.”[2] In this traumatically-derived state, “a new libidinal quality of the social”[3] is revealing itself.

It is “appealing to an entirely distinct psychic register,”[4] one that “aches with fragmentation, separation, suffering due to acts of violation, as well as an attempt at reclamation motivated by love.”[5]

“There is a distinct pleasure in recognising in the other the same ‘trail’ of the libido as our own. While this other is recognised as different, the attractive experience that makes us remain in the ‘magnetic field’ with them is the fact that they had a similar experience, the fact that they stand in relation to power in a similar way to us, so rediscovering a familiar mark in them is a source of pleasure. The pleasure of analogy.”[8]

“In this scene of radical mutuality, of connection, of resonance, an Oedipal act intervenes”, (I take this to mean we ‘forget’, we re-enact the scene of violence, we unconsciously identify with our original aggressor, we become the doer and the done to, the one-up, the one-down), “making demands of conflict, aggression and exclusivity.”[9]

Experience has shown me that this dynamic has to be named and worked through, and that’s only possible by being authentic and truthful. It creates mis-recognition and traumatic confusion otherwise. We operate from behind walls, become walled-off and avoidant.

Therein lies the continuous ruptures and why there will always be the vital need for the repairs - the result of small acts of attunement. For me, that’s the work, that’s the art.

The objective properties of being at the edge of a division or border wall can be seen here. My mission with this film, to ask myself without actually asking - Can you mount an insurrection against your own brainwashing? I wanted to call up a dynamics of resistance, that affective dissonance that’s carried around in our nervous systems as intense movement energy, that’s completely bound up with being constrained. I experimented with sonic material that originated in my voice, using song as an aesthetic form of enunciation that works outside of narrative or logical forms of communication, and instead holds a kind of atmospheric, hypnotic or affective resonance. I tried to take the close mic's intimate lo-fi sound and really sculpt an emotional architecture, through multi-layering and montage. My aim was to create after Fred Moten, a voice augmented through the irruption of a new radical energy, “where aurality” acts “to disrupt and trouble meaning” through the practice of resistance.[10] Temporality and struggle were actively built into the visuals, and after way too many months, it eventually morphed into this.