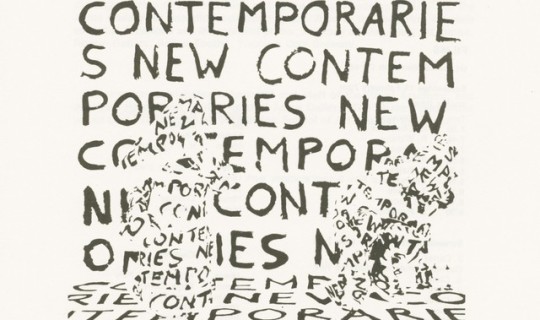 Not A Live Show

Celebrating its 70th anniversary during 2019, New Contemporaries is one of the longest running and most well recognised platforms for emerging artists in the UK. Its history tracks the birth of the Arts Council, the explosion of arts education and turn to youth culture as well as the major developments in artistic practice. It has helped launch the careers of innumerable artists, including those whose meteoric rise have come to epitomise the British art scene. Participants include renowned figures such as David Hockney, Bruce McLean, Anthony Gormley, Mona Hatoum, Gillian Wearing and Tacita Dean, to name a few.

Throughout this seven-decade history, New Contemporaries has only presented a separate and specific ‘Live Show’ for installation, film and performance work twice; in 1976 and 1977. Curated by Nottingham Trent University PhD candidate Emily Gray, Not a Live Show presents an exploration into this little known or documented history.

Known as ‘third area’ art, the inclusion of this work within New Contemporaries was hard fought for. Hosted at ACME Studios and the London Film Co-Op in Covent Garden, this was at the epicentre of performative activity during this period and many of the concerns raised within these works are still central to student discourse today. Subsequently folded into the main exhibition, the expanded field of artistic practice continues to be a challenge within the New Contemporaries format today.

Emily Gray is a current PhD candidate at NTU examining ‘Archives and Contemporaneity’ in partnership with Bloomberg New Contemporaries. Previously she has managed artist residency programmes and exhibitions in the US and Scotland, before completing her Masters in Curatorial Practice at Glasgow School of Art. Recent projects include Beyond Event Horizon, Modus Operandi 2017 - Young Artists from Cyprus; when a new day came, Platform +, Indonesia, British Arts Council; William Hunter to Damien Hirst: The Dead Teach the Living (co-curator), Hunterian Art Gallery, University of Glasgow; and Platform:2015, Edinburgh Art Festival.