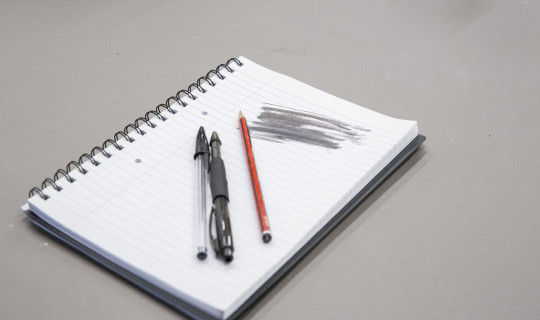 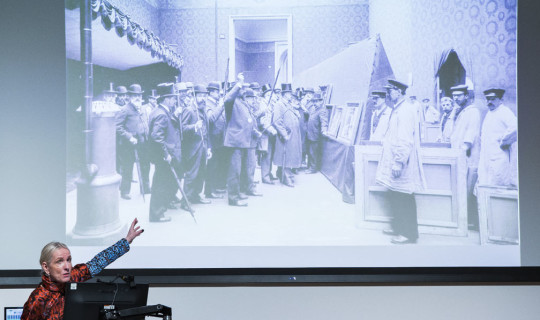 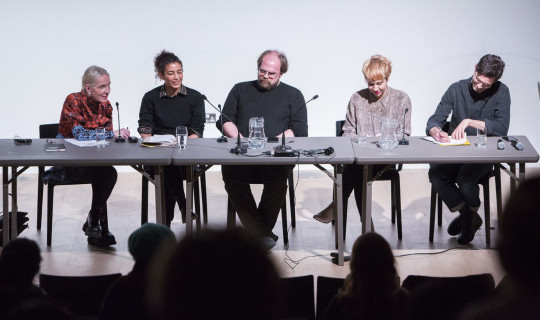 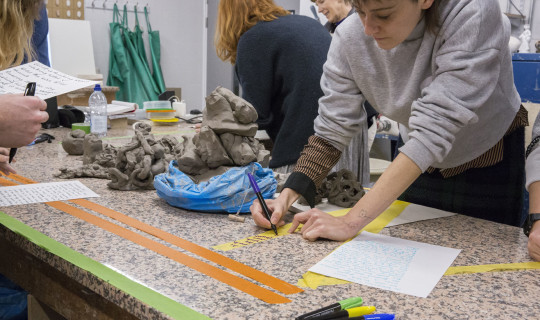 The Writing Into Practice symposium got me thinking about the power of writing in artist practices. Dr. Gilda Williams ushered in the day, referencing archaic salon-era critics and the Clement Greenberg-Jackson Pollock co-dependent models as impetus for change. When she then asked why artists have to write the answer was clear—because they had fought for it. Because they were tired of being the objects of others’ words. With this in mind, the dynamic day of presentations began, with Nick Thurston, Erica Scourti, Duncan Wooldridge and Katrina Palmer and engaging afternoon workshops with Karen di Franco, Jade Montserrat, Luke McCreadie and Morgan Quaintance. To listen back to the panel discussion click here.

I have always been drawn to the artist manifesto, in its many wild and varied iterations. It has been a fertile tool for artists to independently and collectively proclaim their message, to communicate what they stand for and what they don’t.

Through the use of word-play, cadence, format and font, these declarations become records of a moment in history, cornerstones of a particular movement or practice, calls to action, rejections of the past and visions for the future.

The beauty of language is its malleability. There are infinite permutations of how it can be constructed and that level of possibility makes it a useful vehicle for artists.

The Dada manifestos revelled in nonsense and contradictions, poetic and polemical at once, echoing the sentiment of WWI. The Futurist version was an exaltation of speed, metal and violence that looked to industrial innovations at the turn of the century and employed equally caustic wording. More recently the Guerilla Girls’ regularly employed ‘the list’ or a pseudo-advertisement style to convey powerful facts about women and minorities in the art world. Often black and white and without ornament, the content of the language was clearly imparted. Fischli and Weiss’s manifesto-cum-inspirational mantra How to Work Better is most commonly seen on the side of public buildings or adorning office walls, presenting simple typeface guidelines for thriving in life and work. Grayson Perry (alumni 1981) wrote his through the voice of his childhood teddy bear and recurrent spokesperson Alan Measles, words woven like thread on a tapestry and then printed onto napkins like epiphanic café ramblings.

These are just a few examples of many—each as individual as the artist(s) who wrote them.