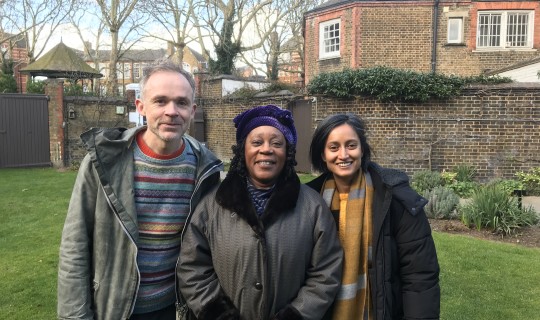 Constantly evolving and developing along with the changing face of visual art in the UK, to mark its 70th anniversary, New Contemporaries is pleased to announce this year's selected artists with support from Bloomberg Philanthropies. The panel of guest selectors comprising Rana Begum, Sonia Boyce and Ben Rivers has chosen 45 artists for the annual open submission exhibition.

Bloomberg New Contemporaries 2019 will launch from 14 September to 17 November 2019 at Leeds Art Gallery, coinciding with the final weekend of Yorkshire Sculpture International. The show will then travel to the South London Gallery from 6 December 2019 to 23 February 2020.

A series of public programmes, newly commissioned work and collaborations will mark New Contemporaries 70th anniversary, reaching new audiences over the next twelve months. These include a digital project commissioned by The Space, comprising six short video interviews with New Contemporaries alumni including Bruce McLean, Mark Wallinger, Rachel Maclean, Hardeep Pandhal and Chantal Joffe alongside a new digital work by Mark Leckey; newly commissioned work by alumni artist James N Hutchinson in partnership with The Tetley; a two-day conference in collaboration with the Courtauld Institute of Art; the launch of the New Contemporaries Leeds Fellowship – a one month MRes fellowship in partnership with Leeds Beckett University and the Henry Moore Institute, as well as a series of public programmes in partnership with Leeds Art Gallery, University of Leeds, Henry Moore Institute, and the South London Gallery.

Kirsty Ogg, Director, New Contemporaries says, “With a dazzling range of names in post-war and contemporary art, collectively our alumni have helped define contemporary visual culture. This milestone in our history presents an opportunity to reflect on our past, present and future. New Contemporaries has consistently reflected and responded to developments in artistic practice, the changing landscape of galleries, and the role of art school education over 70 years. The annual exhibition is an example of visual art’s development, encapsulating UK art education at a given moment and embodying changing ideas about the social purpose of art.

“Our 70th anniversary is a celebration of achievement, yet now more than ever, it is important that we find new ways to support emergent art practice. We would therefore like to thank all our alumni, guest selectors, board, funders and supporters over the years, whose openness to discourse and discovery has helped steer New Contemporaries vision and ensured our continued progressiveness.”