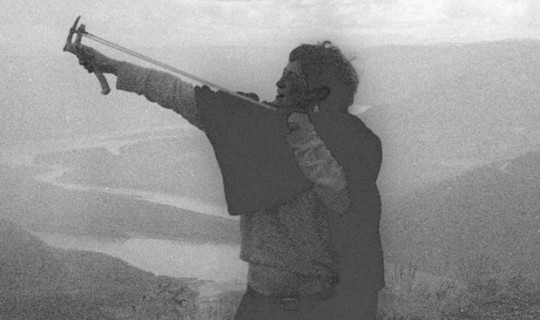 Change must happen. We are living in an era of climate crisis.

This blog post presents a piece of fictional poetry/prose associated with the series, Rabid n’ Rural, which was exhibited at Leeds Art Gallery and currently at the South London Gallery as part of Bloomberg New Contemporaries 2019. This written piece is a refined selection from a larger body of work, theory and research that exists in the form of a self-published zine of the same title, inspired and written in a similar style to Michael Ondaatje’s verse novel, “The Collected Works of Billy the Kid”.

The photographs were all shot in Dawson City, Yukon Territory, Canada.


Is Punk Dead? Or just hard at work? 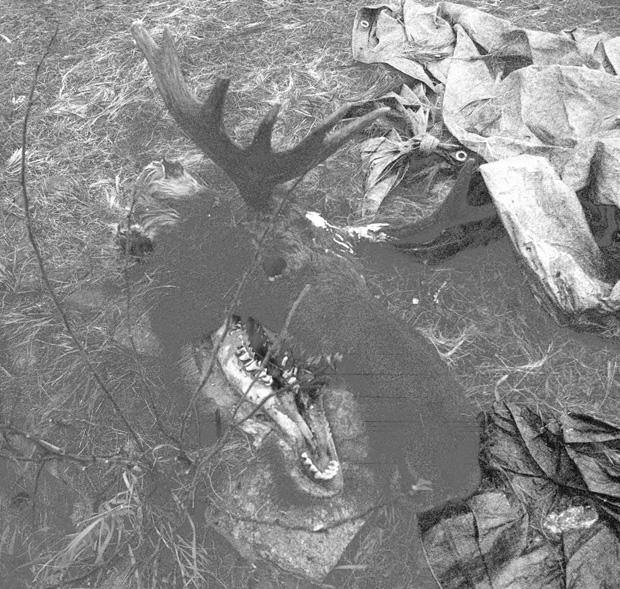 
Wiping the sweat off her brow, Gertie drifted toward the wood stove. With her, a chorus of raw gold jewellery dancing and a musky draft of cottonwood salve leeching through the room. Chaga tea boiling over the black metal. An orange pot, cast iron. Bubbling and broiling. Spruce fresh outside, although now at 11, the midnight sun angles directly over the tree line hitting the hobo mansion in immediate line of sight. Steaming the squat much like the birch fuming away in the iron pot.

A raven resting. Is it Bliss or Blindness?

She is of another ilk[1]. Now well past those vile, grotesque, safety pin rat boys.[2] Years beyond stitching together a nihilist, fuck you.[3] Neverminding Nevermind the Bollocks.[4]

Although, still, absolutely outlaw. Not hiding, but hidden.

The sea-rovers and corsairs of the 18th century created an “information network” that spanned the globe: primitive and devoted primarily to grim business, the net nevertheless functioned admirably. Scattered throughout the net were islands, remote hideouts where ships could be watered and provisioned, booty traded for luxuries and necessities. Some of these islands supported “intentional communities,” whole mini-societies living consciously outside the law and determined to keep it up, even if only for a short but merry life.

Are we who live in the present doomed never to experience autonomy, never to stand for one moment on a bit of land ruled only by freedom? Are we reduced either to nostalgia for the past or nostalgia for the future? Must we wait until the entire world is freed of political control before even one of us can claim to know freedom?

The TEMPORARY AUTONOMOUS ZONE involves a kind of ferality, a growth from tameness to wild(er)ness, a “return” which is also a step forward. It also demands a “yoga” of chaos, a project of “higher” orderings (of consciousness or simply of life) which are approached by “surfing the wave-front of chaos,” of complex dynamism.[5]


Rural living allows for a new intersectional type of Punk lifestyle to flourish.
Be it Queer, Indigenous, Anarchist, Feminist, POC, Trans, Edge…
you can go on, but out in the country: it doesn’t matter.
What matters is Inclusivity, Positivity and Optimism.[6][7]
Yes punks. Yes people. Yes movement.

Most importantly, we got rid of it ALL after The Heat happened. ALL being all with a chip: hardline anti-technology. Now knowing Smart-tech as southern poison.
We fend for OURselves. But OUR meaning our community. Us northerners. All of us.

circling and circling her wrists

planning each step by step

Sadie whining by the door

.44 right by the front door

whiff of mould for every impact

how did they get here so soon after The Heat? 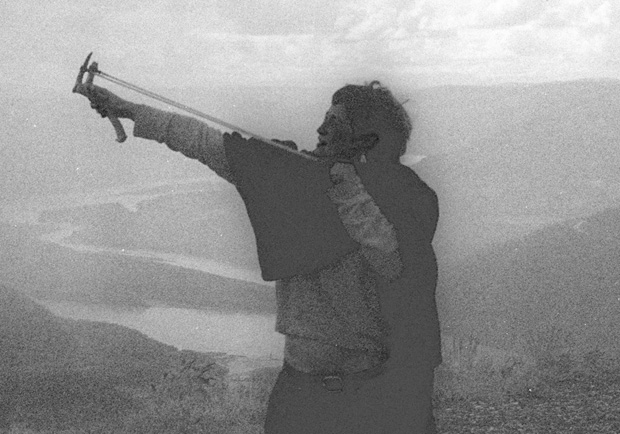 “Our elders come to us and talk to us about what kind of world existed before, and in North America that was a world where not only 40 million-plus bison blanketed the plains from one end to the other so thick that early explorers said that all they could see from one horizon to the next was just a mountain of moving animals. It was also a world where in the eastern seaboard of the United States, a squirrel on the Mississippi River could travel the 400 miles-plus to the coastline without ever touching the ground. The canopy of the eastern forests was so dense and thick that it created its own eco-system, much like that we see still surviving in South America. It was a world where bird life as we see it today can't be compared to the way it existed in the past. There's records that were saved, written by white settlers and explorers, that recount flocks of geese and other animals that were so thick so as to block out the sun, sometimes for days. And the passenger pigeon, which is now extinct - one European reported that it took five days for one flock to pass by. And in just a little over 125 years it was reduced to extinction. Whales, which are animals that are sacred to our people and very much to myself, were a nation of beings that were so prolific in the oceans that the Europeans identified them as a navigational hazard, there were so many of them along the coast.

So this was the world as it existed before.

And I'm not going to lie and say that I believe that it's a world that can exist again because unfortunately the damage that has been done by humans is never going to be reversed in our time, that's for sure, and maybe not in the time of humankind.

But, I do think there's a spirit of resistance, a spirit that infects us because we live in this land where past generations were killed and where their bones are buried, and we live on the land that they died for. And a result of that I think is that we hear their cries and our spirits are home for their restless spirits.”[8]


this one was different. I’m sure of it.

larger than what I’ve heard

my throat strained, and my eyes bloodshot

yelling as my lungs burst

a throbbing vein in my forehead

crouched over, scraping the caribou clean

why did no one warn us?

Täò somehow turned, over what was left of their shoulder

fear as a last sensation

gutted gore gave away through each sheared rib

joining the pile below, soiled by soil

on my knees, eyes streaming, 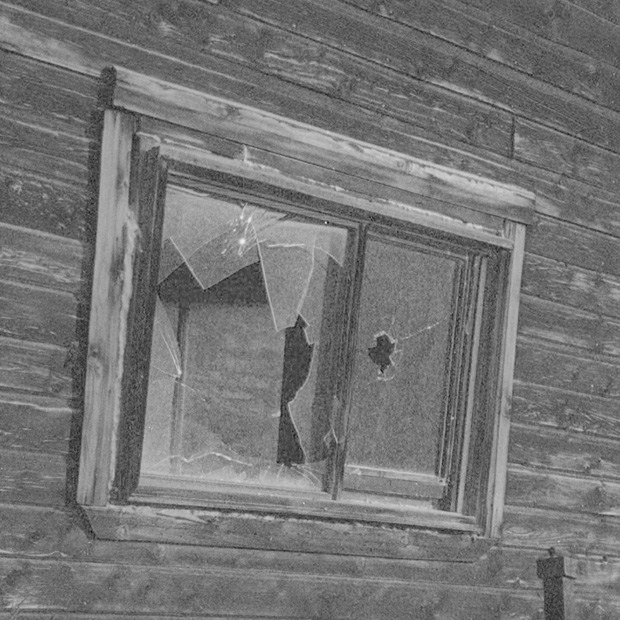 
We’ve heard it. We’ve all heard all about the sticks and spears and swords, the things to bash and poke and hit with, the long, hard things, but we have not heard about the thing to put things in, the container for the thing contained. That is a new story. That is news.
And yet old. Before – once you think about it, surely long before- the weapon, a late, luxurious, superfluous tool; long before the useful knife and axe; right along with the indispensable whacker, grinder, and digger- the ones you can’t eat home in- with or before the tool that forces energy outward, we made the tool that brings energy home.[9]


the water is freezing

yesterday’s balm of Gilead dares not wash off

naked lounging on the rocks

Guillaume Gaspésie off in the distance

wishing us a greyling

heads turn: behind us

Heidi hoists a hammerstone well above her head

Chief calmly held up his hand as if to wait

We agree we have a better way.

Nude, aren’t we the vulnerable?

Although now, starkly we hold the upper hand. 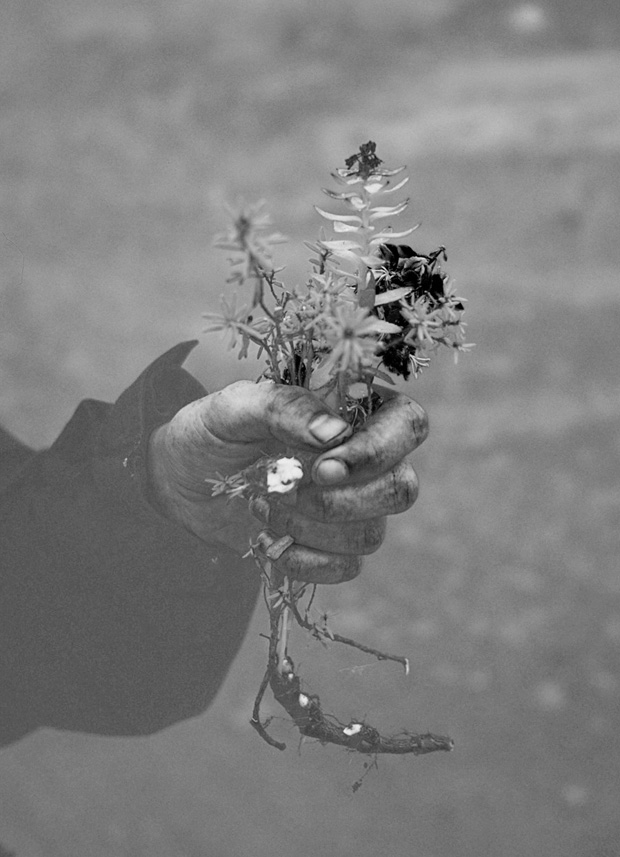 "For Tr’ondëk Hwëch’in, ideas are traditionally carried within Dǟ’òle’ (“the law” or “the way it is”). Dǟ’òle’ shows people how to live in a good way— in harmony and balance with each other and the land."[10]

[7] Boatwright, Angela, 2016. Los Punks: We Are All We Have. USA: Agi Orsi Productions, Fusion, Univision Documentary Unit, Vans Off The Wall.

Studio bursary in partnership with SPACE at Deborah House, Hackney