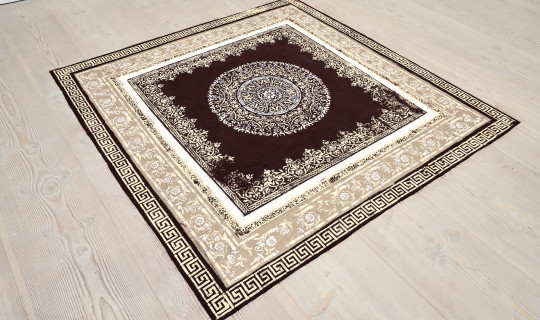 It’s been a surreal few months. I, like many others, abandoned my beloved studio at Sarabande for several months and remained home during the peak of the pandemic. But my impatient hands demanded a creative release and so I continued to make work atop my kitchen table. As home baking trends swept across the city and restless hands kneaded sourdough, I pounded clay with a rolling pin and piped porcelain slip from icing bags. While I concocted creations from clay in a domestic kitchen the connection between home baking and art-making never felt so pertinent.

The kitchen table itself is a loaded surface; it speaks of community, gatherings, seduction and isolation. In my somewhat incongruous surroundings I felt more aware of the physicality of my actions while engaging in creative processes. Pounding, pressing, kneading, chopping, slitting and pricking are all commonplace activities in the home, but simultaneously speak a language of disturbance and brutality.

Long hours spent working in a domestic space caused me to reflect and contemplate on the bodies that have been bound and confined to household rituals. The domestic sphere, in particular the kitchen, holds an expansive history as a site of submission for women and minorities, and bears a close connection with women’s traditional role as docile caregivers. Cinema, folklore and fairytales have opened our eyes to the subversiveness and monstrosity of women in association with food preparation. Poisoned apples, cauldrons and meat cleavers have transformed the role of housewife or kitchen maid into temptress, wild woman and witch, in many ways providing agency or an escape from the compliant wife or kitchen maid.

A return to a basic home life and, in some sense, austerity, has encouraged me to explore ideas of excess and desire and redefine what luxury means in times of crisis. The material significance of fusing culinary processes with ceramics has urged me to question and examine the instability of human wants, our insatiable tendencies and carnal pleasures that often straddle the borders between desire and disgust. Historically, desires have always caused a need for control and regulation by authority, particularly those of women.

My meandering thoughts eventually led me to a three-tiered porcelain cake glistening with gold and pearlescent glaze. Its precarious stance resembling a gluttonous leaning Tower of Pisa, ready to keel over under the weight of its own decadence. A sculpted mouth presents itself beneath the top layer of icing, appearing as though seconds away from sugar-induced suffocation, but the facial expression is nonchalant, bored, unsatisfied.

In this turn of events the fondant feasts on the figure as if attempting to consume and stifle the body’s urges and temptations in a struggle to contain its dangerous, immodest overspills. Confectionary, pearl, gold and porcelain signify splendour and status but when blended with bodily imagery they serve as a visceral reminder that material luxuries are as ephemeral as our own mortality, as fleeting as the residual debris of icing sugar on a kitchen counter, ready to be swept up or blown away without a trace.