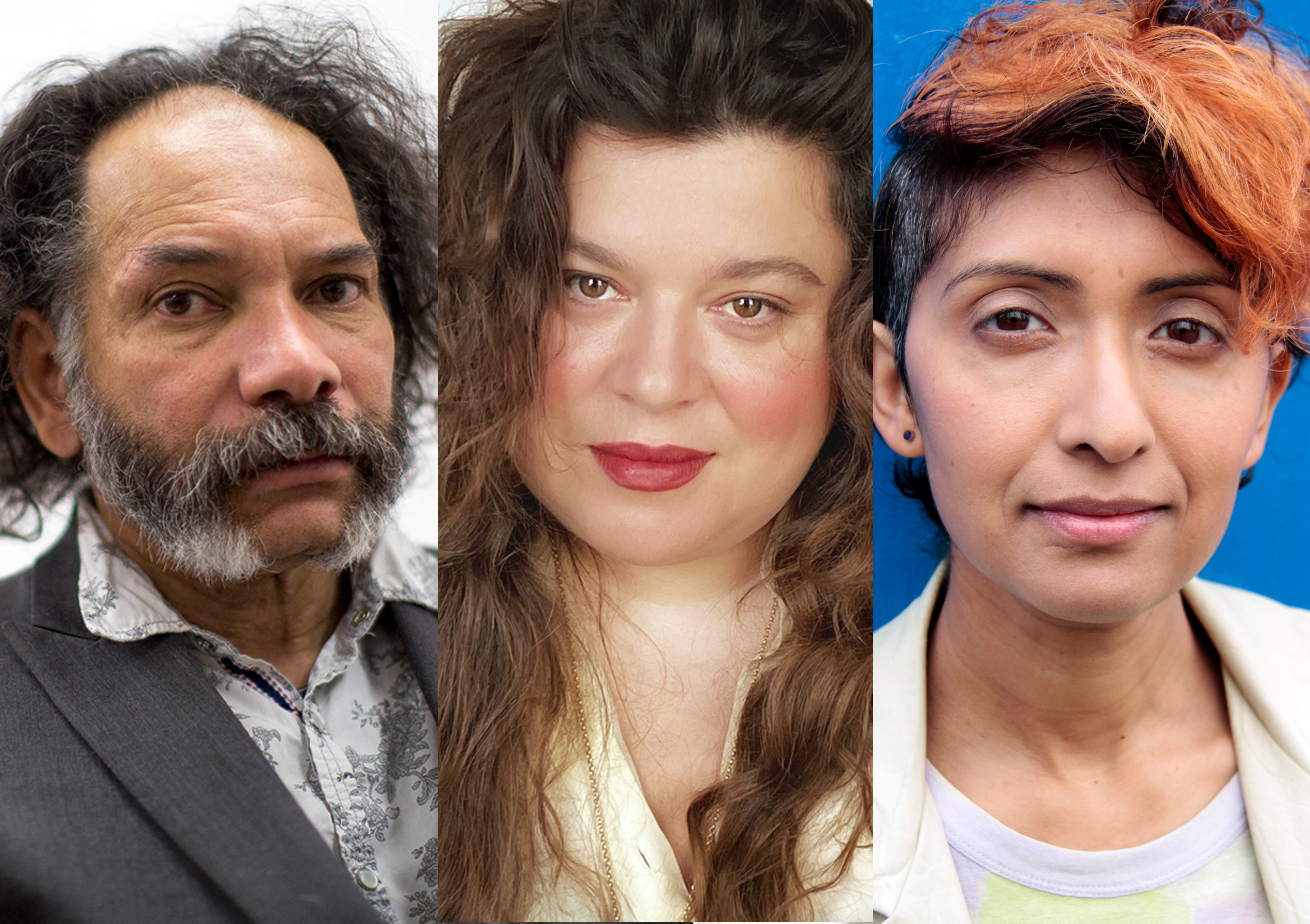 Hew Locke is a sculptor whose fusing of historic sources with current political or cultural concerns, and the merging of influences from The Caribbean and London, lead to richly textured, vibrant pieces that stand on a crossroad of histories, cultures and media. His work is on the collections of The Tate Gallery, The Metropolitan Museum in New York, The British Museum and the Government Art Collection, amongst others. His public artworks include ‘The Jurors’ memorial at Runnymede marking 800 years of Magna Carta. His recent solo exhibition at Ikon Gallery in Birmingham ‘Here’s the Thing’ is now touring in the USA. ⁠

Michelle Williams Gamaker works with moving image, performance and installation. Her practice is often in dialogue with film history, particularly Hollywood and British studio films. By restaging scenes to reveal their politically problematic, imperialist roots; her work is a form of fictional activism to recast characters originally played by white actors with people of colour. She combines scriptwriting, workshopping with actors, revisiting analogue SFX and producing props to create intricately staged films. Williams Gamaker is shortlisted for the Film London Jarman Award 2020 and is also recipient of the Stuart Croft Moving Image Award 2020 for The Bang Straws (2021).⁠